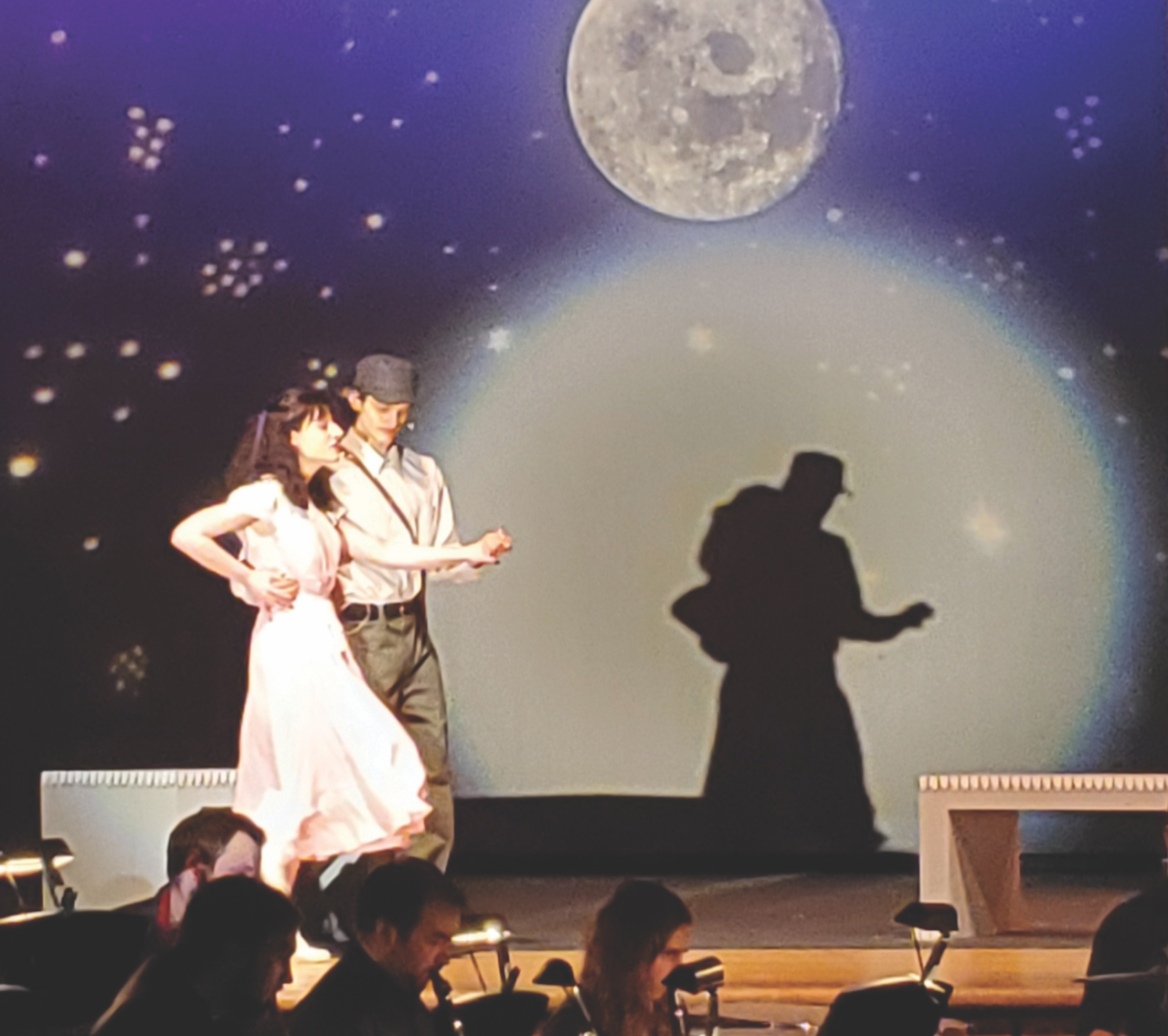 This year’s public production of the customary spring musical at Suffield High School was cancelled at almost the last minute by the Town’s bold, understandable response to the national emergency – among other closings, the COVID-19 pandemic had silenced The Sound of Music. The hard-working cast and crew of the school’s Drama Club learned the devastating news early Thursday morning, March 12, the day of the planned first performance. But a key group had received permission to do the show anyway to an empty auditorium. That was a great satisfaction to all concerned.

And there was an audience. Cast members not in a scene dashed around from backstage and sat out front, getting a rare opportunity to observe their own production and offering an enthusiastic audience response to those on stage. Many cast members had participated in Suffield Middle School’s 2015 production of a simplified version of the musical, but this one will be the one they remember best.

This reporter interviewed Director Patty Piellucci and several cast members, who said they were happy to present the musical properly at least once, with a full orchestra. (Reportedly, Music Director Mary Di Roberts didn’t have to pay the professional musicians for the two additional planned performances.) Fletcher Seymour (Rolf Gruber, Liesl von Trapp’s boyfriend and a member of Hitler Youth in this well-known story of the Trapp family) said that he was not surprised at the cancellation, as his father was employed at Bay State Medical Center and had spoken of such actions.

Piellucci reported that Thursday’s presentation was done with full performance quality and timing. Jack Flanagan (Captain von Trapp) commented that there were occasions when the actors felt it possible to “push” a bit, with good results. He added that he appreciated School Superintendent Van Tasel’s calling the crew out of class for his personal cancellation announcement. As for faculty participation, it should be noted that Principal Jim Blaine, though not listed in the program, played a minor role as one of the cloistered nuns of Nonnberg Abbey. He wore the habit well, but muted his deep voice when the nuns sang.

Director Piellucci, SHS ’74, had taught art at Spaulding School for many years. Having retired, she is now the artistic director of the Valley Repertory Company in Enfield. She was delighted to be asked to direct The Sound of Music and added that most of the crew remembered her as their art teacher at Spaulding. Piellucci was very pleased with the performance at SHS and grateful for all the production help from other volunteers and the cast’s success in mastering the musical. She commented that she liked the way cast members had “got the hang of finding the key moment in a scene.”

While parents (and reporters) were not allowed to be present during the performance, some old traditions were observed following it. A few parents brought flowers for their actress daughters, and the “senior send-off” was observed, with red roses handed to underclassmen to be handed to seniors in the cast, for whom this would be their last production at Suffield High. In another tradition, the student crew held a post-production dinner party at Red Robin in Enfield on Friday night.

But perhaps the dinner was premature. One can hope that if the pandemic abates this spring, the school may find a way to offer a delayed public performance, and the hills of Suffield may again be alive with The Sound of Music.