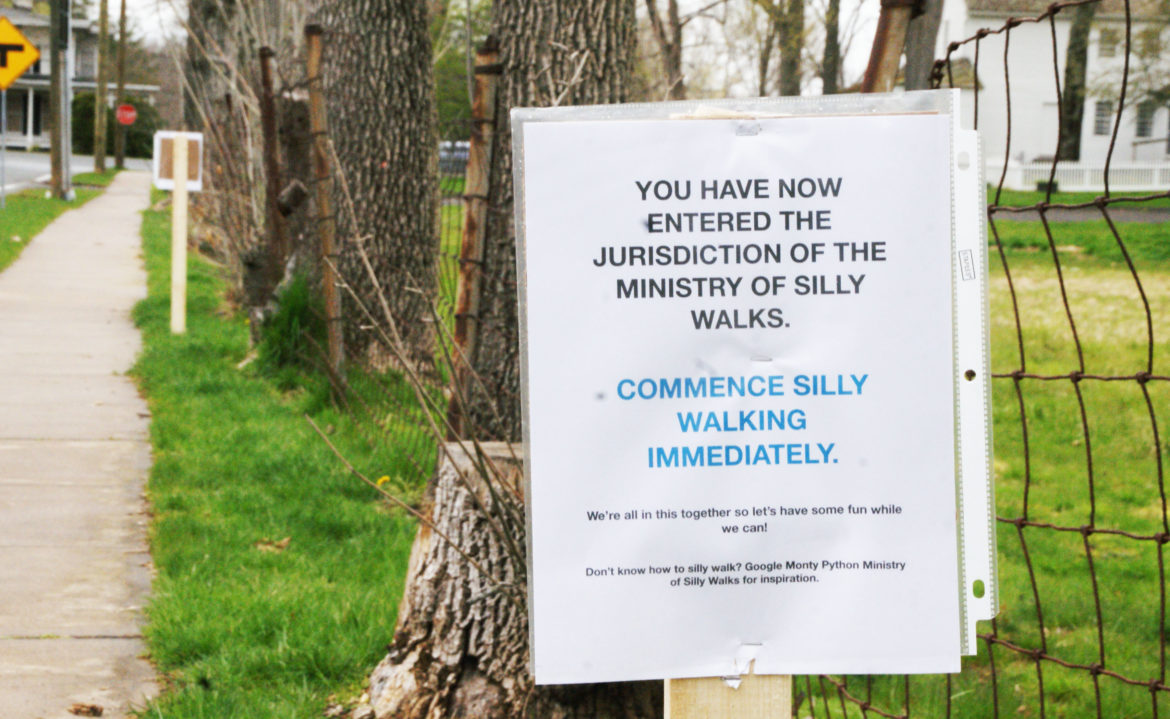 The Kent Avenue sidewalk next to this pair of signs leads to South Main Street. The last lines of fine print read, “Don’t know how to silly walk? Google Monty Python Ministry of Silly Walks for inspiration.”

An interesting pair of signs were planted in mid-April next to the sidewalk at the end of Kent Avenue.  They marked the boundaries of a twenty-yard stretch along the sidewalk where a pedestrian’s behavior must conform to a prescribed conduct.  As that small territory flanked the rear yard of the King House Museum, the museum’s curator could check occasionally to evaluate the public conformance, which was flagrantly low.  Suffield citizens evidently value their civil rights.  But there were a few who responded well.

It turned out that the signs, which weren’t able to survive the late April rains and winds, had been installed by the residents directly across the street, who enjoyed a better view.  Smiles were appreciated by walkers and watchers alike.