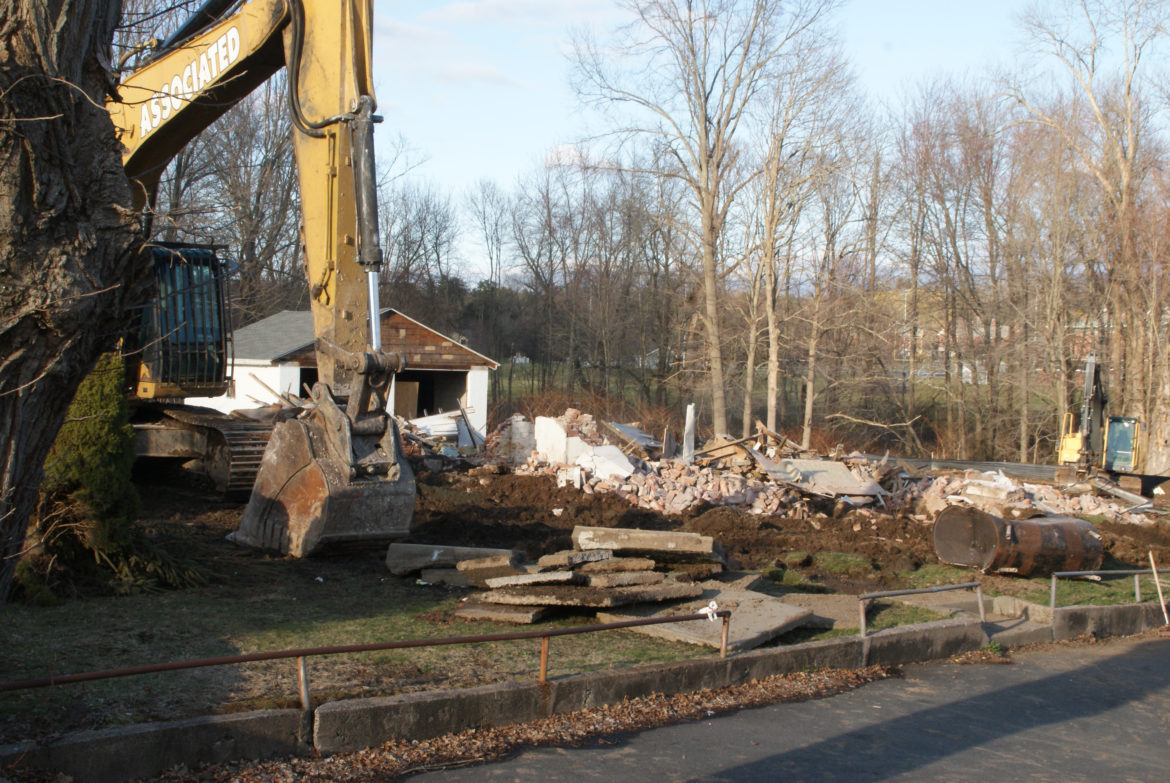 During final operations to clear the site for new construction, a big excavator stands next to the remains of the old Suffield Creamery on March 24.

The location of the old Suffield Creamery, featured in the Observer’s March issue in Joanne Nielson’s historical reminiscence, then in an April photo with the news of its incipient replacement, is now a busy work site.  Part of the Center District Commercial Zone, the location will provide three two-unit apartments plus a small office building.

It took about a week to remove officially hazardous material, then only a day to take down the old three-story frame building near the end of March.  Excavation for the new apartments at the rear of the lot began immediately.

Some residents are surprised at this project by builder Elzear Roy, of Briarwood Construction, asking, “Why plan a new office building now, when the similar building Roy constructed a couple of years ago sits empty next door?”  In fact, that building was sold soon after its completion, and the circumstances of its remaining empty are specific to its new owner, not an indication of the market in general.