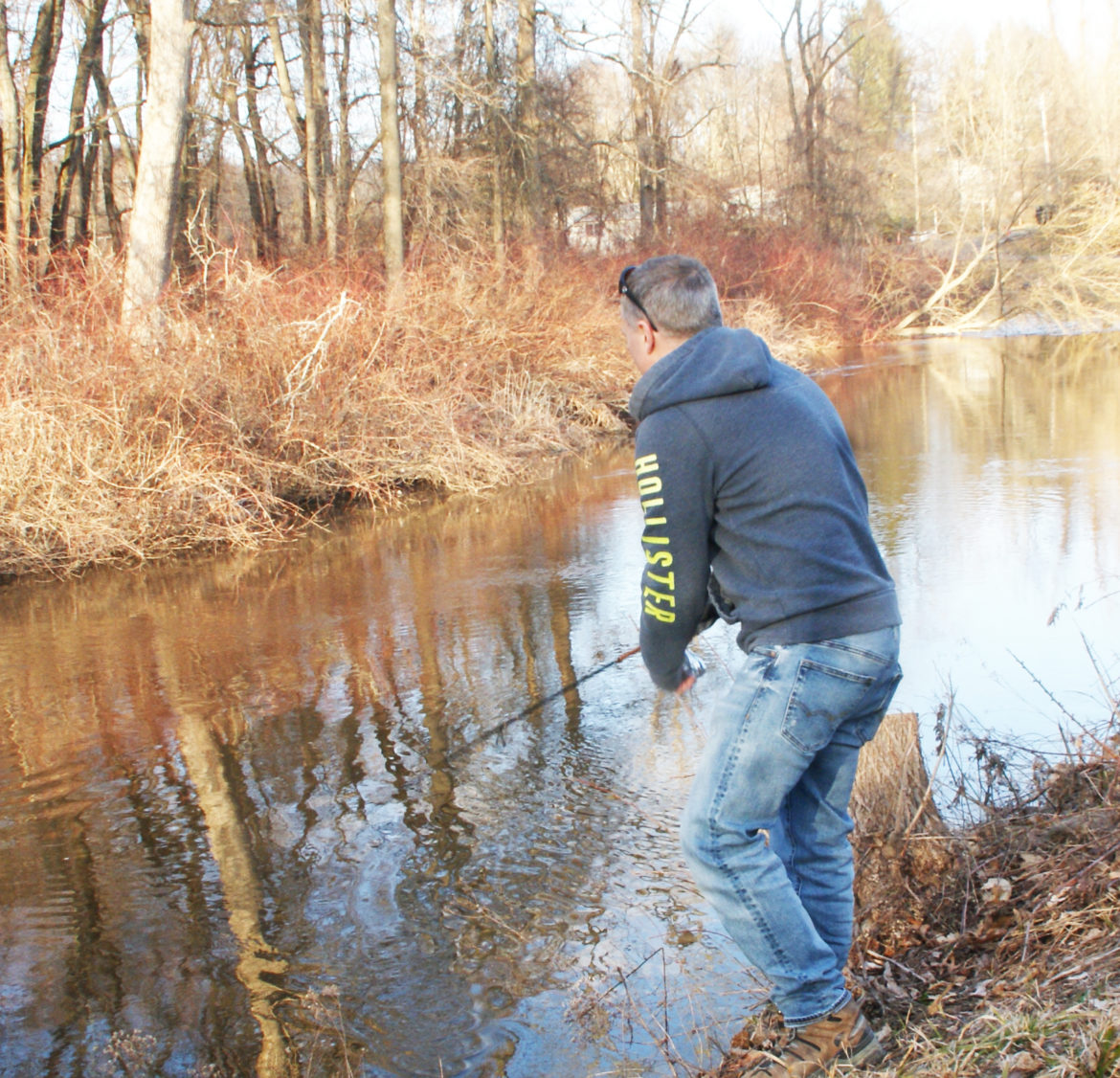 Near the end of March, new Suffield resident Brady Bill said he had a nibble but hadn’t pulled a catch yet from Stony Brook at this spot just upstream of the Remington Street bridge. Gov. Lamont had declared the season open early this year in response to the pandemic emergency. The change may have reduced the shoulder-to-shoulder crowding on the usual opening day later in April.

Next Article
Suffield Trivia
A bill presented to the State Senate in April 1917, got a…