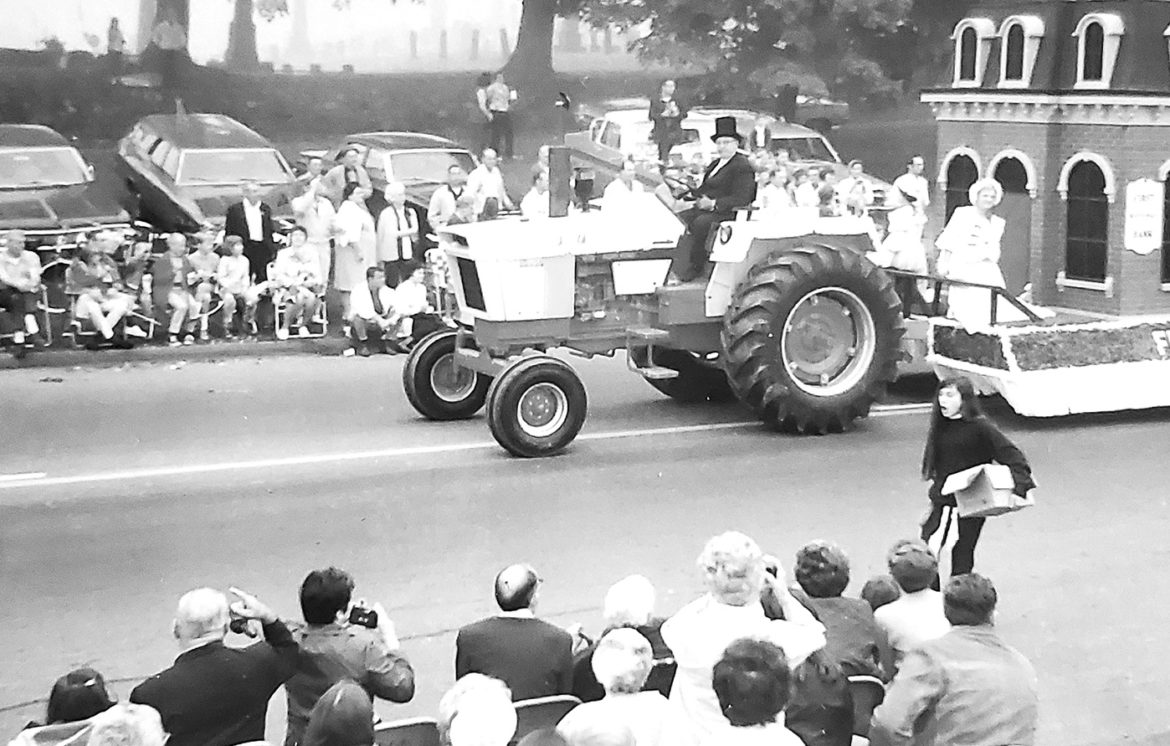 Provided by Chris Cooke to the Suffield Historical Society

The First National Bank’s excellent model of its original building is pulled down Mountain Road in front of the official reviewing stand for the big parade celebrating Suffield’s Tercentenary Anniversary on October 12, 1970. The Old Center Cemetery is visible beyond in the dissipating fog. That’s Shirley Carruthers, a long-time bank staffer, on the trailer, but can anyone tell us who’s driving the tractor? The old building, which had just been replaced, had stood on the southeast corner of Bridge Street and Main. After the parade, the building model was displayed next to its replacement (now PeoplesBank).