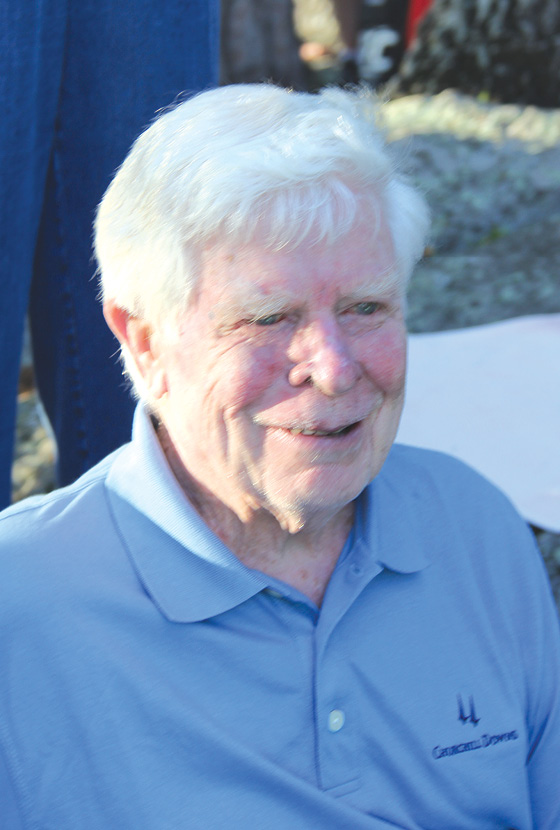 My mother said that you should read your future spouse’s yearbook before you marry them so you know what you are getting into. Had she done so, she would have learned that my father, Blair Childs, had the nickname “mule” in high school. My father is a man of strong convictions, very competitive and firmly dug in when it comes to protecting things he cares about, be that his family or our town. My mother grew up in Suffield, and she convinced him to move here in 1964. He knew how important the community was to her family, so he has worked to maintain its character.

Soon after arriving here, he was appointed to the Zoning Board and served there for many years, eventually becoming the Chairman. However, when he was pushed by the First Selectman to approve a project he didn’t believe was good for the future of Suffield, he resigned knowing the Selectman could remove him. Consequently, he served on the Charter Revision Committee to see that the Zoning Board became an elected position; then was elected to the Board of Finance (BOF) to keep an eye on the Selectman. He served on the BOF for over 20 years and again became the Chairman. He stepped down when he was elected Town Treasurer. He saw that Suffield needed a better financial system and controls. Dad believes that community service is something you just do, and therefore did not take the salary paid to the Treasurer. He earmarked those dollars to pay for the town’s first computerized financial system. When he sees an issue or problem, he fixes it.

My dad may have been called “mule”, but it does not mean he won’t change his views. While living in Suffield he learned golf can be as much fun as tennis and paddle tennis, and that the Boston Red Sox needed as much support as the Pittsburg Pirates, his home team. His devotion to my mother was boundless, demonstrated by the care he gave her as she suffered with Alzheimer’s in the last six years of her life. That same commitment holds in his long-term relationship with Peggy Robards. Of course, he has always been there to support us children and our children in our varied endeavors; attending sports events, award ceremonies and taking us on exotic trips around the world.

The three of us children, as well as our children, have all learned his principled behavior. We stubbornly stand for things we believe in, and all try to serve our communities in different ways. I like to think that Dad has built a pretty good mule train.