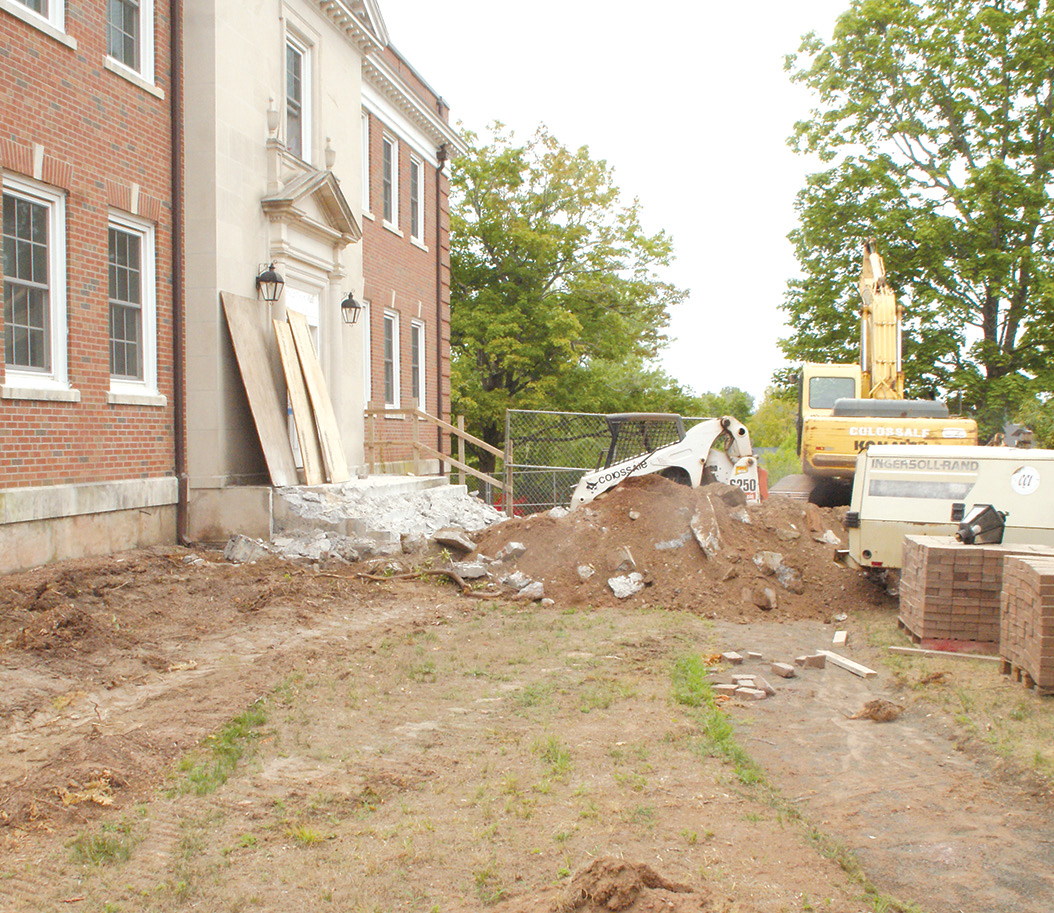 The excavator has clawed away most of the Town Hall’s front door steps, clearing the way for a new front porch with new steps and a ramp at the left side.

Gilbane Construction Manager Nishant Patel reported to the Public Building Commission’s August 3 Zoom meeting that the project was fully mobilized, and the building’s interior had been scanned into a complete 3-D digital model for future efficiency in the work. Abatement of potentially hazardous material began on August 2, and so far, no major surprises have been uncovered. Interior photos now available on the Town website show that the first month’s work has been extensive, with unwanted interior walls removed, and plastic sheeting everywhere, perhaps needed to localize dust migration during the hazmat work.

One topic that occupied a large part of the PBC meeting was the replacement of the front door. The building was originally built with a typical double door flanked by narrow side panels. Some years ago, a burglary attempt had damaged the door, and it was replaced by the single door and wider side panels residents have become accustomed to. But the front door must now comply with current ADA requirements, and an attractive, convenient double door will not suffice for emergency evacuation of the new meeting room. A suitable, larger, single door is being sought.

Outside, various excavations have been under way, including shallow digging for the new, one-story records vault addition in back, the planned French drains system that will help keep the building’s lower level dry, and the base of the new exterior stairway required for the planned meeting room, which will occupy the entire west side of the main floor.

The new sidewalk just installed across the front of the Town Hall lot is a totally separate project, not part of the renovation.