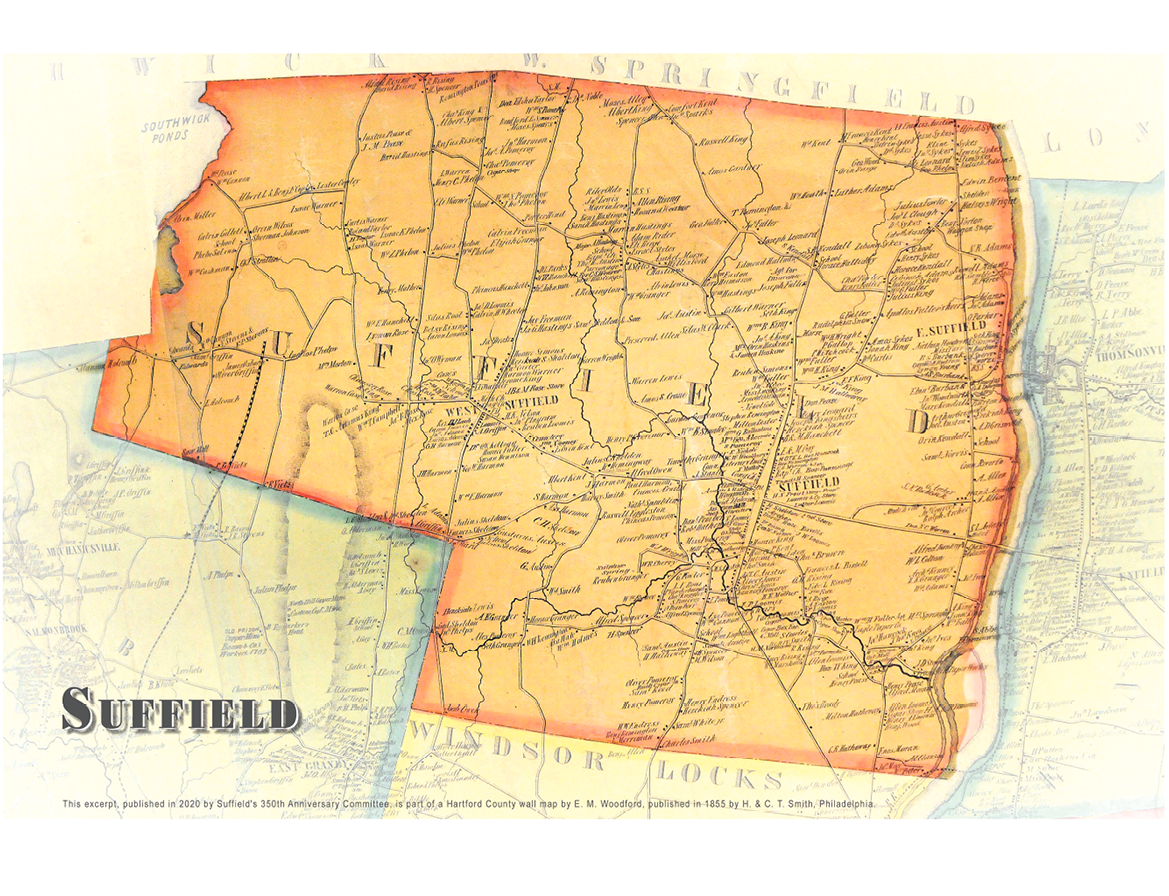 The 1855 Smith map of Suffield is an excerpt from a Hartford County wall map.

I have always liked maps. They are just so interesting to look at and study. Combine that with an interest in Suffield history and genealogy, and these two Suffield maps come to mind. Both of these maps were printed before 1900. Not only do they show the streets in town, but also homes, schools, churches and businesses. What I find the most interesting is that each home and most businesses have the name of the person who owned them.

The 1855 Smith map, as it is called, is an excerpt from a wall map of the entire Hartford County. Do you remember in school those large pull-down maps typically mounted above the chalk board? That is what this map is from. The 1869 map is page 16 from the Baker & Tilden atlas of Hartford and Tolland Counties.

There are about 560 locations named on the 1855 map and about 700 on the 1869 map. The 1855 wall map has an enlarged inset for the center of Suffield (Main Street). The 1869 atlas includes insets for Suffield and West Suffield centers, but they appear on Page 17, with the Windsor Locks map. These enlarged insets were made because the homes and businesses were just too close together to print names on the 1855 county map towns and the 1869 town map.

Credits: The 1855 map: Thanks to Ray Pioggia for imaging the Suffield excerpt from an original copy of the wall map in the Kent Memorial Library archives.

The 1869 map: Thanks to PeoplesBank for letting us copy the reprint of this map published by one of their predecessors, the First National Bank of Suffield, as part of opening their new bank building in 1968 at 30 Bridge Street. Reprints of each map are available for sale.

Next Article
What’s a Barn Quilt? and a Barn Quilt Trail…
Barn quilts are colorful quilt patterns painted on wood panels. They may…