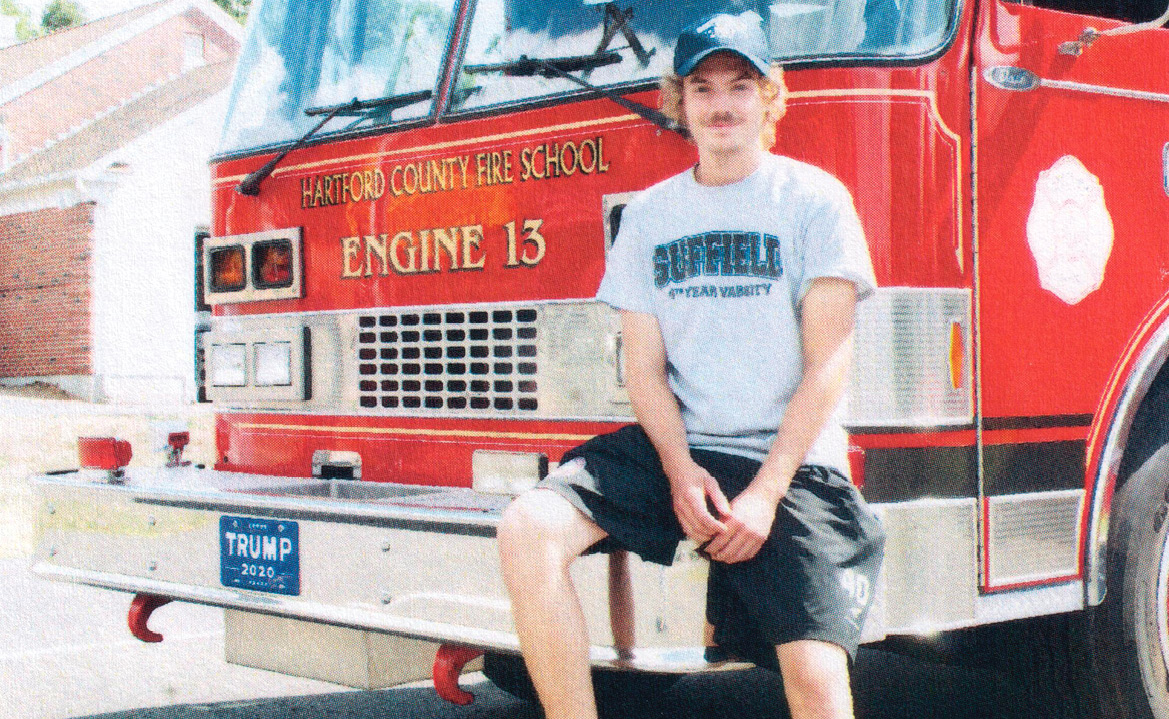 Fire Cadet Justin Seger sits on the bumper of his recent acquisition, a retired 1994 fire engine.

Noticing a visiting fire engine parked briefly at the Suffield Fire Station recently, this reporter discovered the story of a remarkable transaction.

Justin Seger, 19, Suffield High School 2019 (varsity ice hockey), had bought two retired fire engines from the Hartford Fire Academy at Bradley Airport, where he takes courses to advance his future status as a firefighter. He had begun as a Fire Cadet, following his father, Lt. Kevin Seger of the Suffield Fire Department, as the fourth generation of his family in the firefighting business.

One of the fire vehicles Justin bought was a 1984 Pierce ladder-pumper; the other  fire vehicle was a tanker. He quickly sold the tanker for a good deal more than he had paid for both, along with some of the equipment on the Pierce that he didn’t choose to keep. He’s keeping the Pierce “as a hobby.”

Justin works regularly at Dean’s Auto Repair on East Street South, so he has a head start on whatever necessary maintenance repairs he will be faced with when responding as a fire fighter.

The Suffield Observer readers have encountered Justin before, when he received a Medal of Honorable Service along with his father and Firefighter Colby Tyler for rescuing a disabled man from his burning home on Boston Neck Road in January 2017. (The Suffield Observer, May 2017)

Next Article
Three New Tobacco Sheds Built
This spring, a New York contractor who specializes in farm structures was…