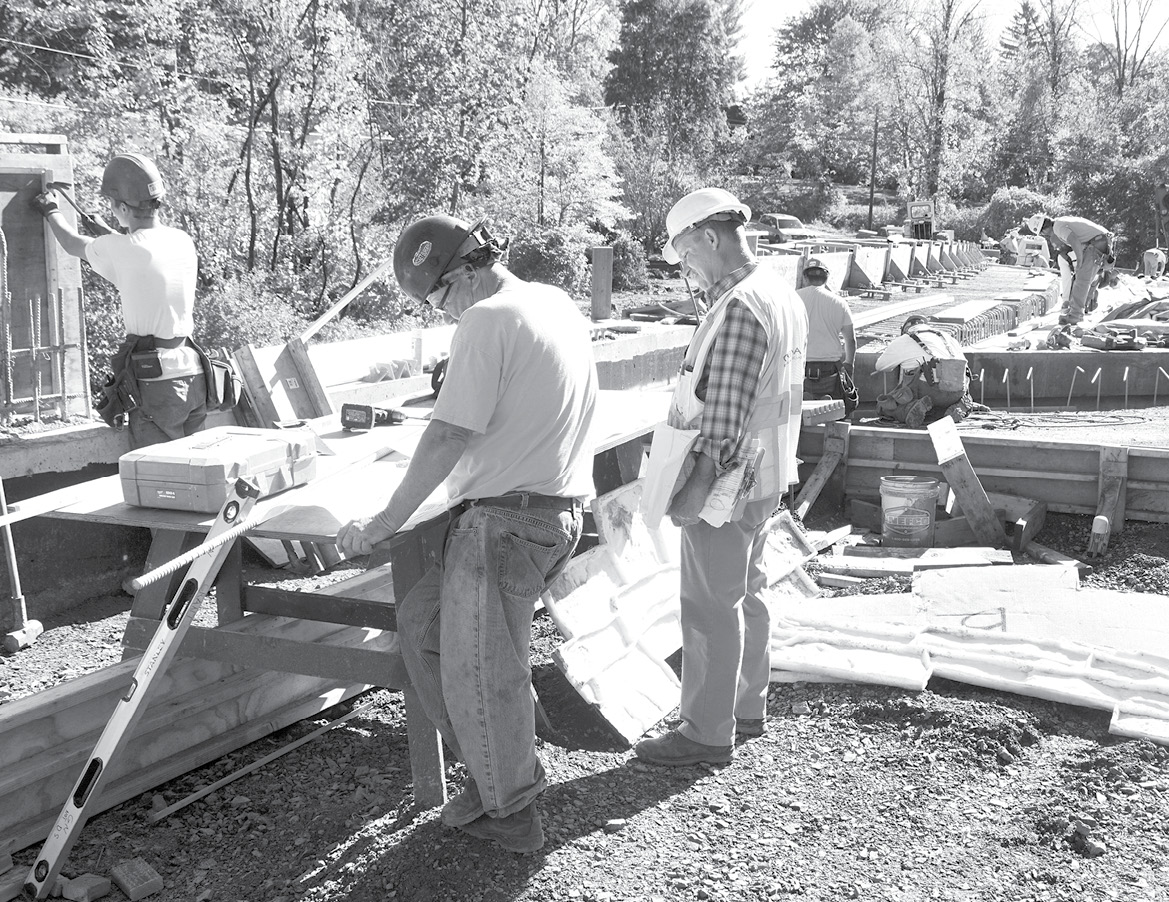 At the western approach to the new Remington Street Bridge, a member of the Arborio bridge building crew and the Cardinal resident design engineer study the drawings on October 14 as the final stages of construction proceed. The concrete deck of the new span is visible at upper right, six days after the concrete was poured.

Following the big two-day task of setting the six long beams in place in early September, effort focused on building forms and installing rebar for the concrete deck and the important structures at the beams’ ends. The deck was poured on October 8 and covered with canvas for a week during the concrete’s initial set, while effort moved to the edges of the span and the sidewalk. Earth fill and crushed rock was spread on parts of the approaches, beginning to bring the road on both sides up to the new level of the span.

On October 4, the Cardinal design engineer on site said that the status and planning look good for the bridge to be completed on schedule near the end of October. At mid-month, it seemed to this reporter that his comment is still reasonable, if “near” could allow a couple of weeks leeway.

Next Article
Star Award goes to David DiPiero
David DiPiero has been promoted to Vice President, Compliance Office at Windsor…