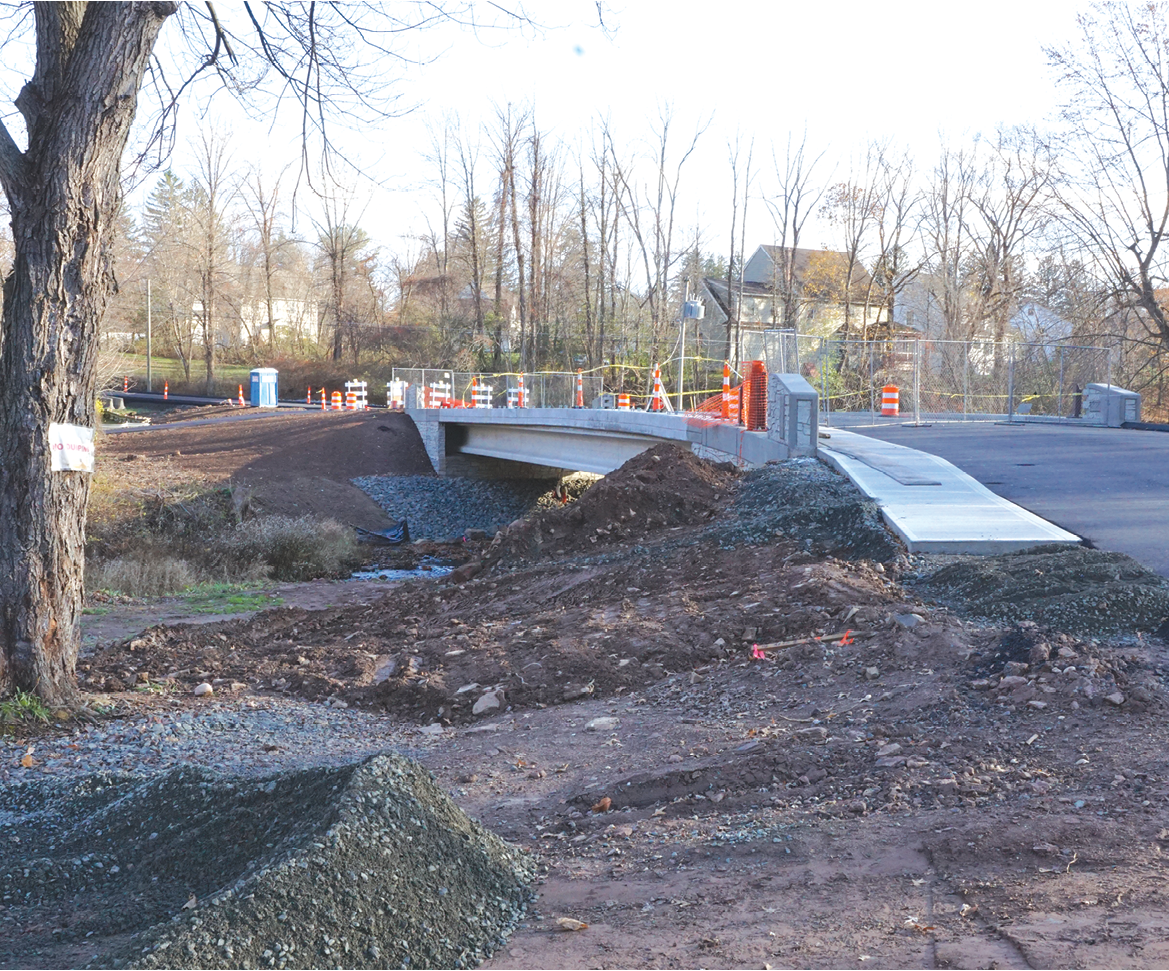 Pictured in mid-November, the new Remington Street Bridge over Stony Brook awaits its side rails, pavement striping, final landscaping and cleanup . The project reached completion pretty much on schedule.

In the third week of October the two big illuminated signs on South Street and Mountain Road, announcing that the Remington Street Bridge was out, got the opening date changed from October to November.

Plenty of activity has occupied the final month of bridge construction, as the network of rebar in the deck was prepared and the deck concrete was poured. Next came the “end blocks,” the four structures flanking the ends of the bridge which anchor its side rails and the roadway side rails leading up to the bridge. Finally the five-foot sidewalk was poured. A thick epoxy coating was sprayed on the deck, forming a membrane to protect the concrete from salt that might leak through cracks in the pavement.

A great deal of fill was spread and packed down on the two approaches, as the new bridge is several feet higher than the old one. During the second week of November, the new pavement was completed, all the way from Remington Street and a short length of Prospect Street on the east side to past the Poole Road intersection on the west.

The residue of surface milling to prepare the old road surfaces for repaving was collected and taken to Stony Brooke Park’s South Street entrance and spread out on the parking lot there. This was the second incidental benefit of the bridge project, as the old pedestrian bridge at Remington Street was salvaged intact for potential use over Stony Brook at the park.

At the Observer’s mid-month deadline, what was left to be done was the bridge and roadway guard rails, the pavement striping and roadside signage, and general landscaping and cleanup. There was also the artistic detail of tinting the artificial ashlar stonework that was cast into the abutment surfaces and the end blocks.

No schedule had been announced for the bridge opening, but it would seem possible that before this newspaper is delivered, the long detour will have ended.