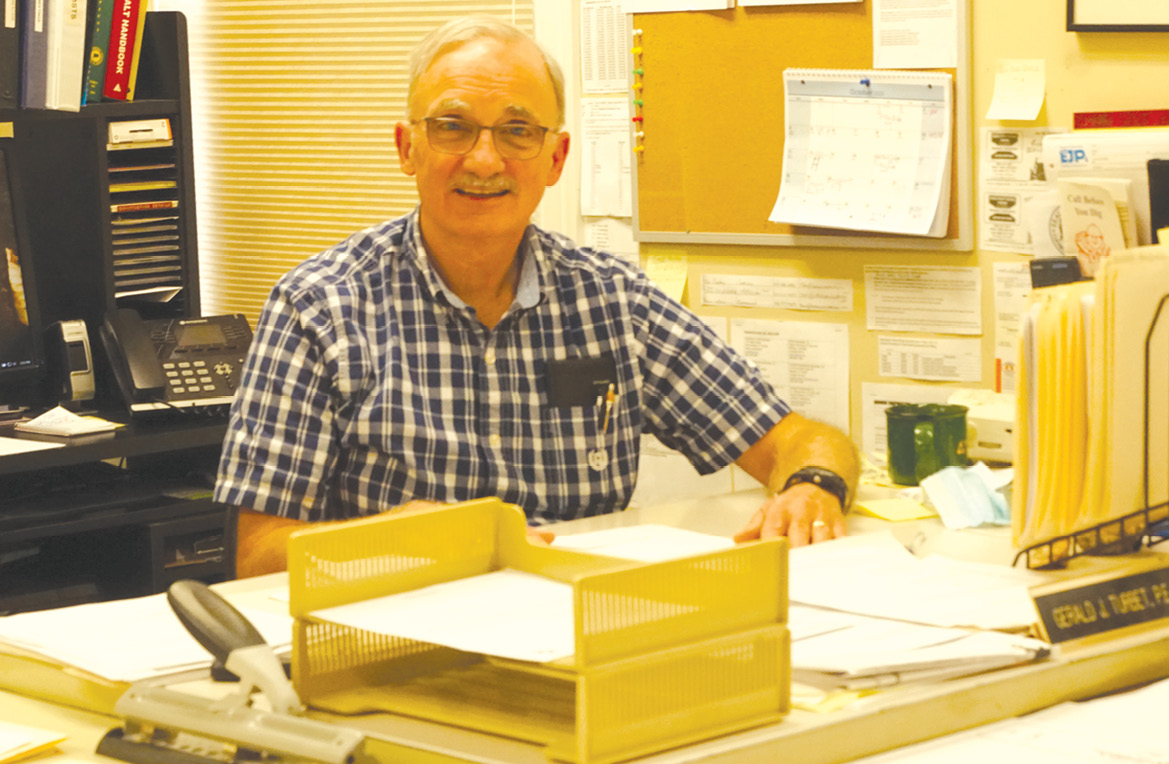 Long-time Town Engineer Gerry Turbet is pictured at his desk a few months before his planned retirement at the end of the year. He began his employment with Suffield in 1988.

“The Town established an Engineering Department by hiring a full time Town Engineer on August 15, 1988. Duties of the Town Engineer include work on road, drainage, and other municipal projects, advising and performing field inspections for the Zoning and Planning Commission, work with the Conservation Commission on drainage reviews and soil erosion and sedimentation control, coordination with various municipal departments, consultants, developers and contractors and responding to residents’ complaints on drainage and road concerns.”

That mouthful is the first paragraph of a report by Town Engineer Gerald J. Turbet, P. E., in the 1988-1989 Suffield Town Report, and he has fulfilled that role for 32 years as the town’s population almost doubled, factories and warehouses were erected, miles and miles of roads have been built and expanded and State and Federal specifications have grown more complicated and restrictive. Now he feels it’s time to retire, and he plans to leave the job at year’s end or when a replacement is found after that.

An Enfield resident, Gerry was schooled at Manhattan College (B. S., 1977) and earned an M. B. A. at Western New England soon after. He had worked variously for a decade before Suffield, and started here as an independent consultant for Conservation and ZPC (Suffield switched that name to PZC several years ago), with an office on the second floor of the Town Highway Garage. As Town Engineer, he moved to the Town Hall, then to 230C Mountain Road.

He has no present plans to leave Enfield, where he and his wife Wendie brought up two boys and a daughter.

Next Article
Gotta Mask?
In this time of COVID-19, we have seen many examples of creative…