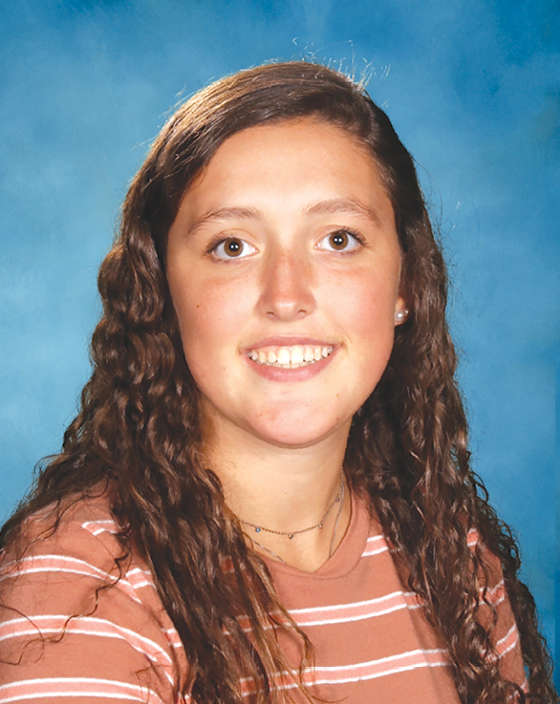 Suffield High School’s Rotary Student of the Month for January, Sydney is an Honors student and is a senior enrolled in our Suffield Regional Agriscience Program at Suffield High School. Sydney has received prestigious awards in the Agriscience Program such as Excellence in SAE (Supervised Agricultural Experience), the FFA Chapter Degree and the FFA Greenhand Degree. Sydney was the committee chair for the FFA Ag Literacy Committee and is currently the Economic Development Committee Chair for FFA. She ran meetings for the committee and worked to create the chapter scrapbook for the 2019-2020 school year.

Sydney is involved in many extra-curricular activities at SHS. She has been a member of the Interact Club, the Best Buddies Club and Student Council. Sydney is also a member of our National Honor Society and our World Language Honor Society. Sydney plays on the Suffield girls’ ice hockey team, the girls’ lacrosse team, the Suffield girls’ field hockey team and the Thunderbirds Hockey Team.

Sydney has received Academic Achievement Awards while playing field hockey, ice hockey and lacrosse. This means she maintained honor roll status while playing a varsity sport. She was also chosen as the PE Student of the Month and has received the Girl Scouts Silver Award. Sydney has worked at Enfield Twin Rinks, Kuras Farm, and has been a camp counselor for Suffield Parks and Recreation, where she is currently a soccer referee.

Sydney has been a volunteer at Northwest Park, where she helps to feed the animals each week and ensures all animals are safe and healthy. She was also a Youth Field Hockey volunteer coach, where she helped to teach young players different field hockey skills and helped the coach out during practices. Additionally, Sydney volunteers at the Hilltop Chicken Coop. Sydney reconstructed a section of an old chicken coop and built a new one inside. She received grants to pay for the repairs. Sydney is responsible for the chickens and the coop and gets volunteers to come and feed the chickens. She has volunteered more than 500 hours at Hilltop Farm.

Sydney will continue her education at UMASS Amherst next fall, where she has committed to play ice hockey!

Next Article
Brittani Burke Does It Again
In the October issue of the Observer, I wrote that Brittani Burke,…