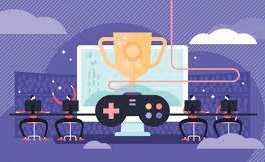 Suffield Parks and Recreation expands its recreational opportunities with the addition of eSports programs. eSports engages video gamers to compete against each other in organized virtual leagues and in-person tournaments. Planning now underway for the spring launch includes multiple games for varied ages with further details available soon at the Parks & Recreation page at www.suffieldct.gov.

eSports capitalizes on the current popularity of video gaming which serves as a recreation activity for a wide range of ages. “Offering eSports is a way to provide a structured outlet and connect with people that are already playing video games during their free time,” said Peter Leclerc, Director of Parks and Recreation. “While some people may not get what eSports is about, I see it as another innovation in the evolution of recreation. It’s hard to ignore that more people watch and play eSports than watch some of the traditional professional sport leagues in the United States.”

A Super Smash Bros. tournament for middle and high school ages headlines as the first of the eSports events slated for April. Further tournament details and registration can be found at: www.suffieldct.gov.

“While my teenage son will be shocked by this, I am so pleased about this new programming!” said Suffield First Selectwoman Melissa M. Mack, “eSports is another example of the creative thinking and adaptability which continues to drive the department’s success – hats off to Suffield Parks & Recreation!”

Next Article
May Market Coming!
The Suffield Garden Club Members cordially invite you to celebrate Spring with…