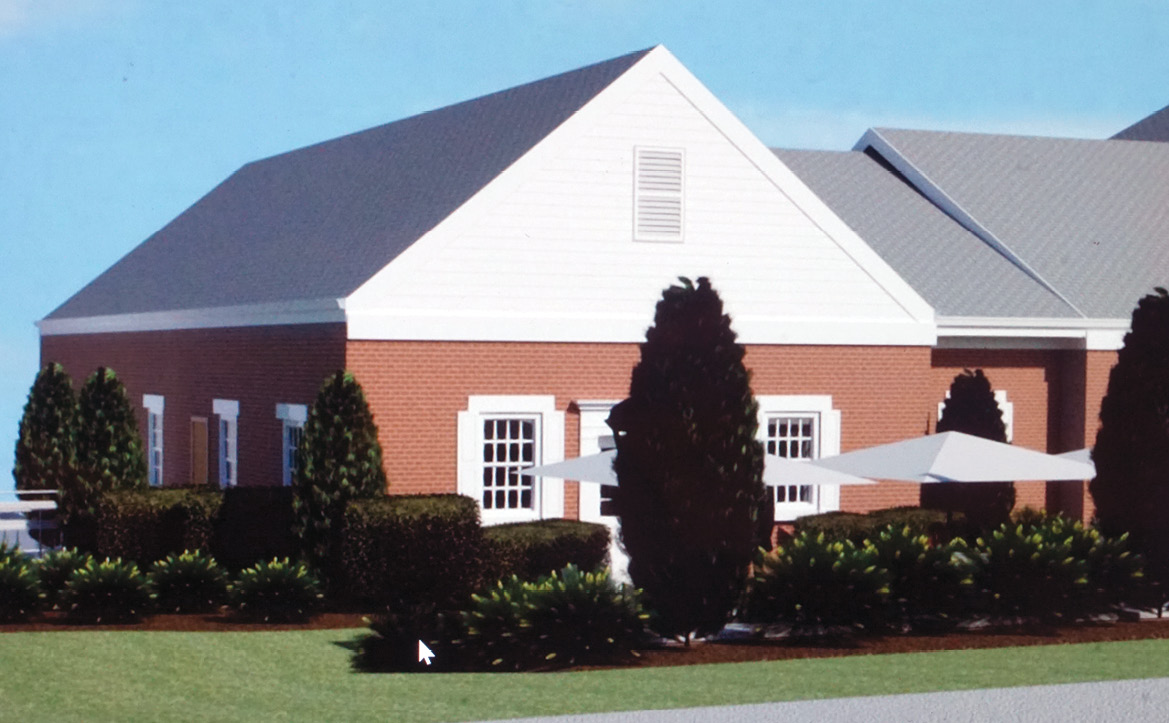 This computer-aided drawing of Suffield’s new coffee shop, which will occupy the north end of the Webster Bank building at the beginning of North Main Street, shows the patio to be notched into the slope next to the sidewalk. The main door will face Village Lane, where the bank’s loan department entrance had been.

Residents may recall that a few years ago a FOR SALE sign was set on the front lawn of Webster Bank, next door to the Kent Memorial Library. Webster had been renting out space that the bank didn’t need, as branch banks don’t need the space for other functions that the former Suffield Savings Bank had enjoyed. Evidently Webster had decided to avoid the nuisance of being a landlord and chose to become a tenant themselves. Several other businesses have been occupying parts of the building for quite a while.

The newest tenant, fulfilling a perceived need in that general location, will be a café offering sandwiches and salads seven days a week from 6 a.m. to 7 p.m. and most importantly for many – coffee and its associated snacks. Drawings presented to the Zoning and Planning Commission, which approved the proposal on February 22, show table space for about 30 in the big front corner room of the bank building’s north wing. The rear corner and remaining space will accommodate the kitchen, storage, rest rooms, office and other necessary facilities.

The main door will face north toward Village Lane, the access road from North Main Street into the Suffield Village parking lot. On the Main Street side, a new double door between the existing windows will open to a patio between the building and the sidewalk, cut into the slope there with a low retaining wall and suitable landscaping.

The proprietor of this new café will be Suffield resident Shalu Malhotra, whose husband, Ajay, just happens to be one of the principals of BRM Investment LLC, a real estate investment company in Windsor that bought the Webster Bank building in November 2019. The Malhotras and their four young boys greeted this reporter in a very friendly manner and happily shared their plans. There is considerable work yet to be done to prepare the empty space, and they didn’t offer a schedule for the opening date. Nor had they settled firmly on a name.