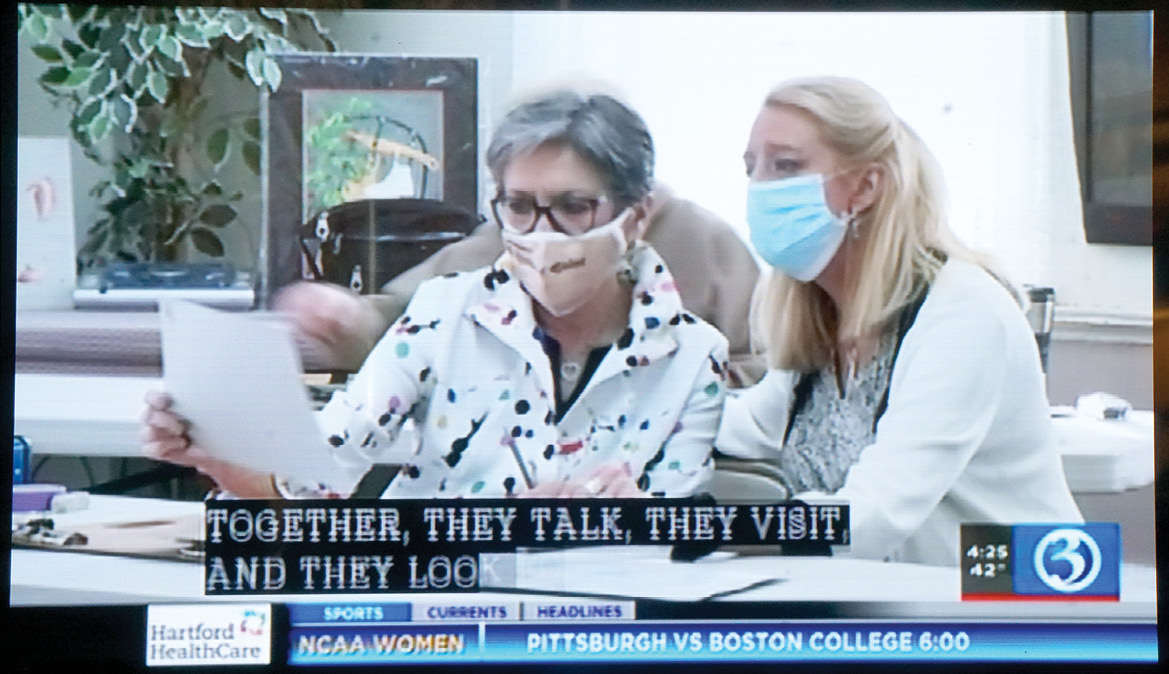 Lynda Montefusco and her school, A Touch of Color, were featured with a short video on February 16 in the Small Business Spotlight segment of WFSB’s afternoon newscast. Roving reporter Caitlin Francis and her videographer had visited for an hour during Lynda’s three-hour morning class on February 4. The students were working in colored pencils, each on his or her selected creation, and Lynda was moving among them advising on technique and composition. The video looked over the shoulders of a number of students and also recorded short interviews with several students as well as commentary by their teacher.

Lynda started her school in 1994. It began in a classroom she and her husband added to their home on East Street. Outgrowing that space later, she moved to the big front corner room of the Masonic lodge on Bridge Street, and then to the Suffield Senior Center. When the Senior Center’s priorities shifted, the lodge welcomed her back. Lynda now teaches two days a week with plenty of space between work stations to satisfy the COVID-19 restrictions.

A Touch of Color has local students of various skills, but quite a few dedicated artists commute from considerable distance because of their appreciation of her ability to move them to higher levels of artistic creation. The video segment can now be found on youtube.com by searching for small business spotlight: stroke of color.

Next Article
The Parade Must Go On
The Suffield 350th Anniversary Parade Committee has begun to sign up participants,…