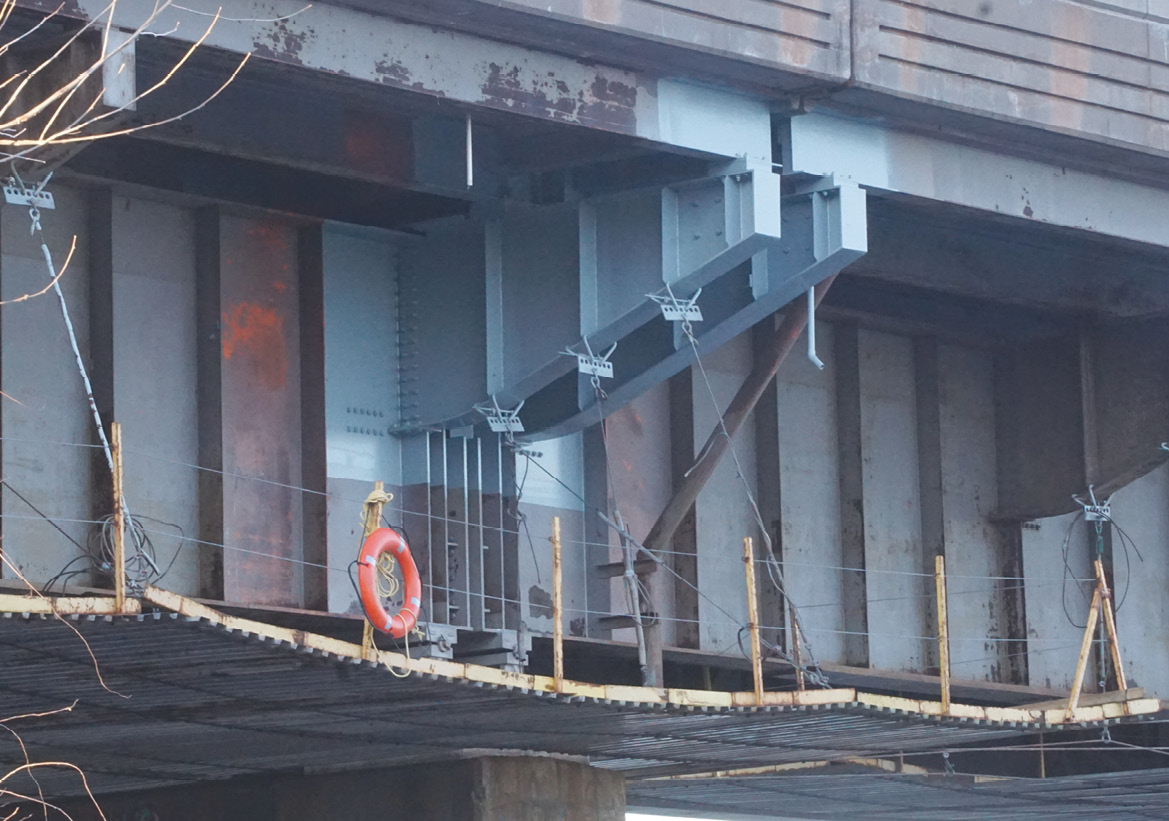 Viewed in March from the Windsor Locks Canal Trail, this joint between the first and second spans of the Route 190 bridge has been carefully inspected, damaging rust has been removed and the beams have been repainted. The rehabilitation work also includes such items as the bearings, visible under the main beams, and the drainage system (the long diagonal pipe).

Readers have asked when the present status of the Route 190 bridge to Enfield will end. Even with the somewhat reduced traffic flow during the pandemic, many drivers find the constricted two-lane configuration a bit daunting. At present, the original rehabilitation contract, signed in early April last year and described in the Observer’s September issue, is still the plan. Work is scheduled to be completed by the end of November this year.

The bridge, whose name is actually Enfield-Suffield Veterans Bridge (but its bronze tablets were lost in a previous rework), is being given a thorough workover in the six-and-a-quarter-million-dollar contract awarded to Rotha Contracting Company of Avon.

So far, little of the work has been directly visible to drivers, as much of it concerns the supporting structure below. For the cantilevered portions outside the two main beams, it is mostly done from work platforms hung from brackets hooked on the bridge’s parapets. Sometimes a special bucket truck is used, whose multi-jointed bucket arm reaches over the parapet and down to support workers under the bridge. Below the work platforms, a continuous debris-catching floor is suspended to catch the sand-blasting and other debris before it pollutes the river below.

Later this summer there will be a period during which the road surface of the bridge and its approaches will be milled and repaved.