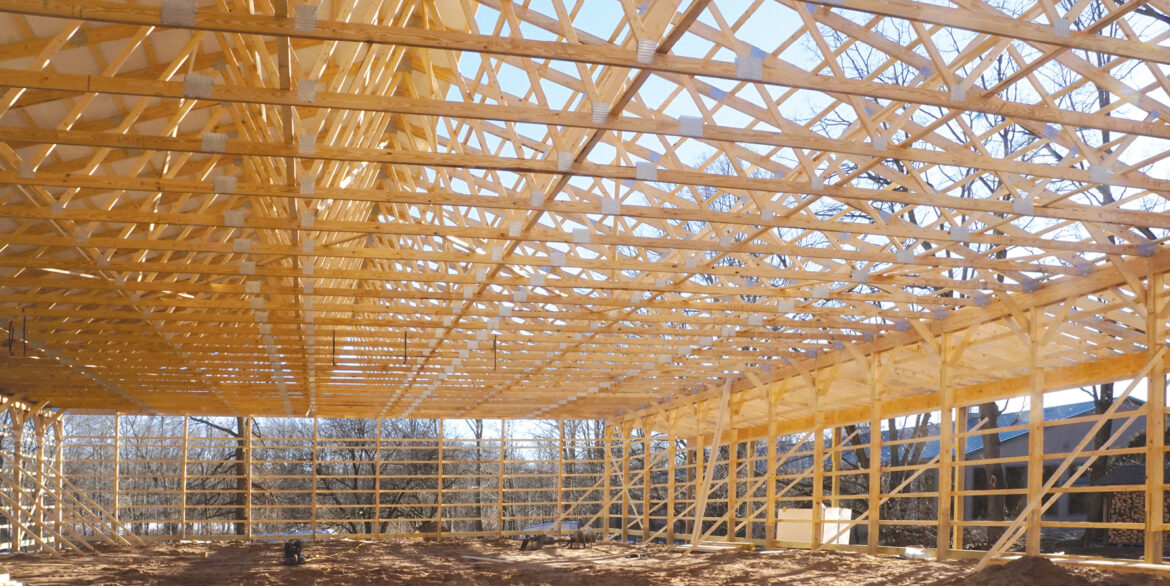 The late afternoon sun in early March helps outline the framework of this big horse arena, which was under construction by an Amish crew from Lancaster, Penn. The east side of the roof had already been sheathed.

It’s not uncommon for an out-of-town contractor to build something in Suffield, but since late February, a crew from Quarry View Building Group has been commuting weekly all the way from Lancaster, Penn. They specialize in timber frames and event space construction, and many of the builders are Amish. Here they are erecting a large riding arena on Mountain Road in West Suffield for Steve and Jennifer Radtke, who really like horses.

Behind their 1840ish home, built by Alexander Rose, they had already converted a tobacco shed close behind the house into a horse barn and added space for equipment storage. The big arena, with a clear dirt floor 70 by 136 feet, is located behind that.

The construction project manager was Benjamin Beiler. When he was asked whether the 70-foot roof trusses were brought to the site in one piece, he assured me that they had been. They were made by Quarry View, and they had been transported fully fabricated, stacked on long flat-bed semi-trailers. The construction seemed very well done.

Next Article
All Decked Out in Lavender
Lady Goldfinch