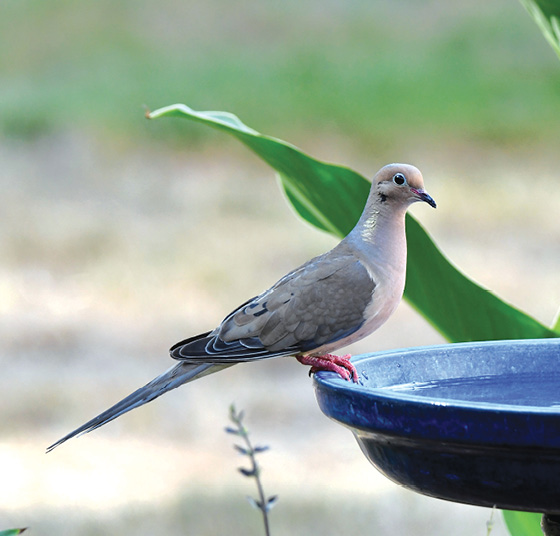 As I write this, a mourning dove is taking a sip from a puddle in our driveway. His red legs look sharp against the water, and he seems to be really enjoying this impromptu water hole. At any rate, he is keeping hydrated, which is more than we did as kids. I was born before hydration was “a thing.” I barely remember ever taking a swig of water despite spending all day outdoors in some swamp under the blazing sun looking for spotted turtles. We always thought that raging headaches and dizziness were just part of a normal childhood. Having a big family, we had a milkman who delivered milk two times a week, and that was our beverage of choice. My mom was all about convenience, and she caught wind that the Stafford Springs soda company made house calls, so we had a weekly delivery of a wooden case of soda. We’d commandeer the cola and root beer hot off the truck since we had not embraced anything resembling delayed gratification. Then, for the remainder of the week, we’d be left with cream soda and birch beer to get us through the homestretch until the delivery man reappeared.

On Sundays, we’d do our time in the church pews perfecting our doodling before heading down to coffee hour at Second Baptist. We could count on Dot Kent to produce a punch bowl full of Hawaiian punch with no limits, and we’d leave energized and sporting red moustaches for the remainder of the afternoon. And if by chance, there was a lull in our day, my mom would bring out the Fizzies from her secret hiding place. We’d get out the Flintstone glasses, fill them with water and drop the tablets in. None of us really liked the taste that much, but it was all about the spectacle, witnessing the chemistry of effervescence.

I ran into a childhood friend and launched into my hydration narrative, and she reminded me of the best childhood libation in the ‘hood, which I had almost forgotten about. During the summer we all queued up for an underground burbling spring on a green hillside behind her house. We’d lie on our bellies and lap up the water right from the earth, and none of us ever got typhoid, dysentery or giardia. Honestly, water had never tasted so good. And our imaginations ran wild with the aid of Dr. Seuss’s McElligot’s Pool as a backdrop. What exactly was down below, and where did the water coming from the earth end up, and who swam in it and lived by its banks? And did it flow to larger rivers and then to the ocean as young Marco, the main character, said it would. The wheels were in motion.

It’s no underground spring, but the mourning dove sure looks like our puddle tastes pretty darn good. I have read that their palate is not the most discriminating. Apparently, the mourning dove is able to ingest water of dubious drinking quality without having ill effects. That helps to make him very adaptable and widespread. And it doesn’t hurt his reproductive stats as the doves raise up to six broods a year. He is a confirmed seed eater who mates for life and calls with a haunting cooing heard in these parts throughout the warmer months. Stop and listen the next time you are in their company. And if he happens to be drinking some brackish water, rest assured that most likely he will live to see another day.