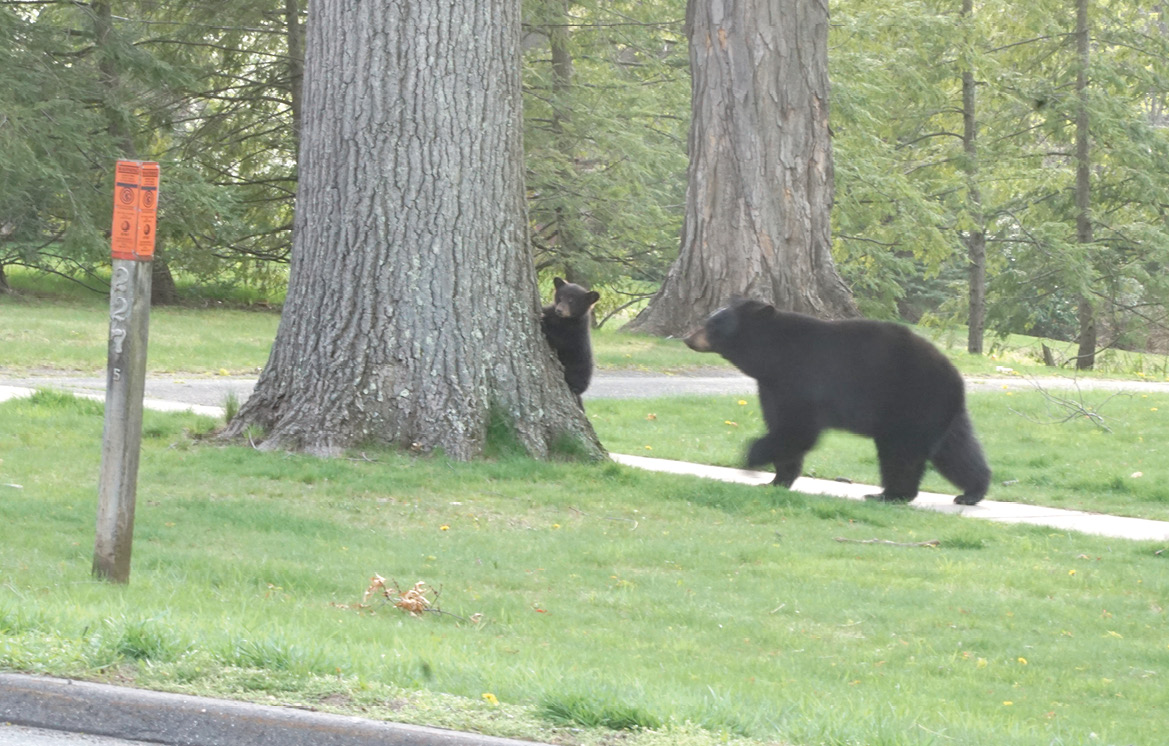 Momma Bear greats her wayward offspring after he finally descended (with an audience across the street) from a tree on South Main Street.

For most of the day on a weekend afternoon in late April, folks paused on the South Main Street sidewalk waiting for a mother bear and her cub to come down together from a big tree. Bears are not uncommon in the neighborhood, not far from large, wooded tracts, but they generally just amble through. This time, as reported by one neighbor, a cub had climbed high up the tall, clear trunk of a tree in the front yard of the house close to the corner at Willow Creek in mid-morning, and his mother “scooted up” to bring him down. She didn’t succeed right away.

During the day, pedestrians gathered across the street to watch for a while. Word had spread on the Internet, and cars began to stop, occasionally disrupting the constant flow of traffic on South Main Street, and when this reporter arrived on the scene at about four o’clock, a Suffield police officer was there to keep traffic moving. He said the local Animal Control Officer was on a day off, and no neighboring town could send a substitute.

By then, Momma Bear had settled into a comfortable crotch about 20 feet up, and the cub was in another crotch eight or ten feet higher. Finally, Momma Bear came down, carefully, backwards. She paced around the bottom of the tree, occasionally disappearing into some nearby bushes for a bit, and soon the cub found its way down as well, also backwards. The two disappeared together, heading west toward Stony Brooke Park.

Next Article
C’mon in! Town Hall’s Open
It’s been a long haul, if you count all the early discussions…