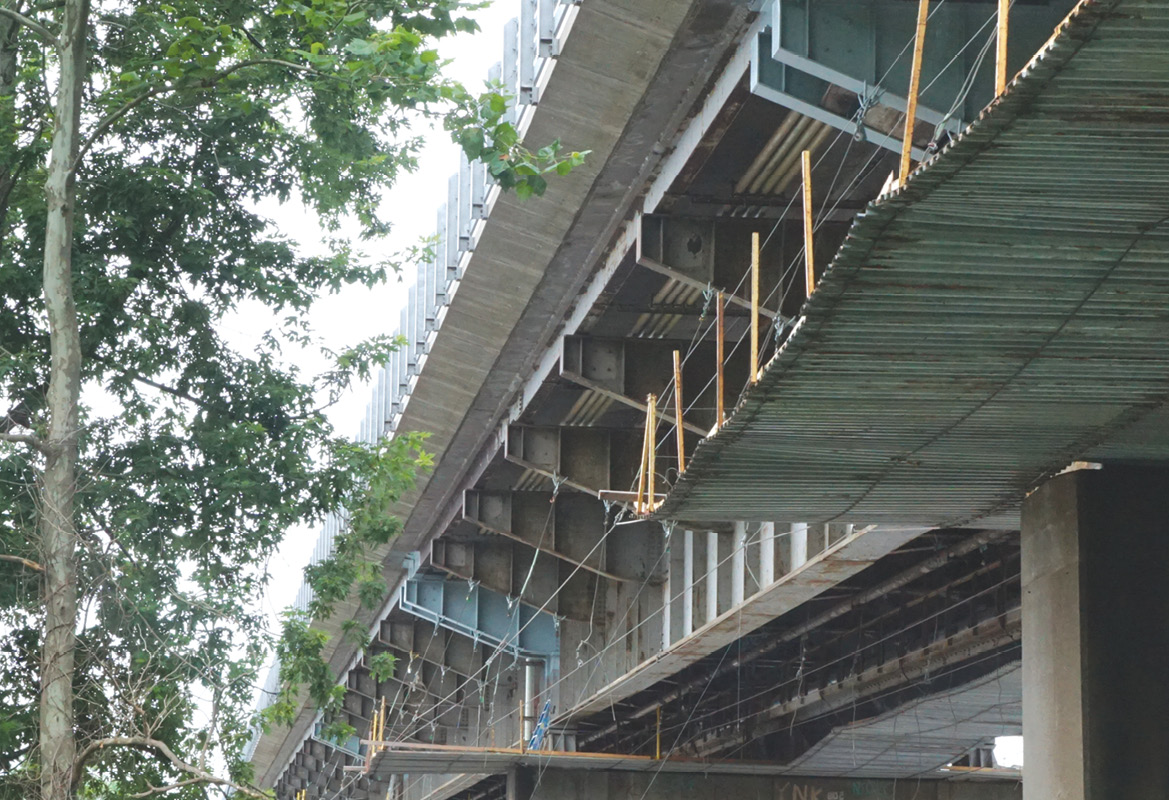 Questions have been asked about why the Enfield Bridge repair and maintenance project, which had been working toward a November completion date, seemed to have stopped this summer. Work on the downstream side had apparently been completed, and the traffic lanes had been shifted to take the traffic load off the upstream side during the same inspection and repair. Work underneath on the downstream side had used scaffolds suspended from visible hooks on the concrete side rails, but on the upstream side, the scaffolding was suspended from the substructure, unseen, leaving some folks with the impression that work had stopped. Some drivers had also noticed that no workers’ cars were parked in the nearby lot.

According to Mike, the fellow I found at his desk in the project’s trailer office, bridge work did pause during June – for a surprising reason. The falcon nest box that had been reinstalled under the bridge in an earlier project had been found to be occupied, and wildlife preservation rules required that the bridge project be put on hold until the fledglings had flown away.

Mike, who works for Rotha Contracting Co., the bridge project’s contractor, said work had resumed near the end of June, and there was very little left to be completed. The $6¼ million project, which entailed general maintenance and localized repairs, began in spring, 2020. It is scheduled to be completed this fall by November 27.