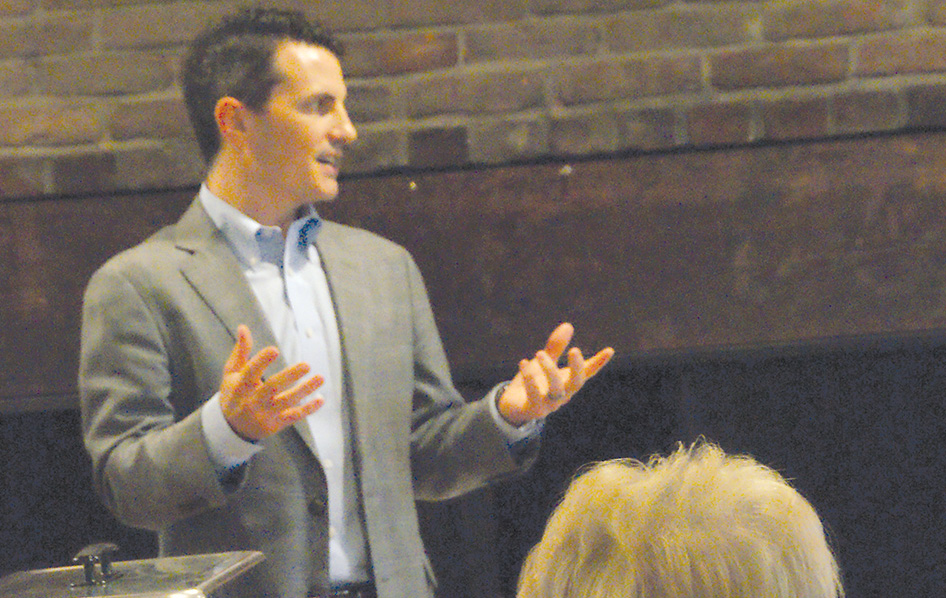 Chris Colli, owner/agent of Chestnut Oak Realtors, thanks his fellow agents and friends for the continuing success of the business. They were gathered at the Sunset Tavern on May 5 for the agency’s thirtieth birthday party.

Chestnut Oak Associates gave itself a birthday party on May 5, and about 70 people gathered at Sunset Tavern to celebrate the real estate agency’s 30 years. After enjoyable mingling and Tavern proprietor Sam Karagiannis’s fine buffet luncheon, owner/agent Chris Colli explained how the business had begun.

Back in 1989, three agents got together and opened a new realty business in Suffield: Joanne Sullivan, who had worked with the Linnell agency, Kenny Brough, of Realty World (since passed away), and George Colli III (Chris’s father). They called the business Chestnut Oak, after the giant tree on North Stone Street that had become a Suffield treasure. After ten years on the south side of Mountain Road, they bought the old home across the street and made it the comfortable headquarters the agency now occupies. In 2011, Joanne sold her ownership share to Chris Colli but is still an agent.

Chris reported that the agency, with 18 agents now, had sold well over 3,000 properties over the years, for a total value over $600 million. It’s an impressive record. Chestnut Oak has been an Observer advertiser since 1999, the paper’s first year, and we wish our “Hometown Realtor” well for the future.