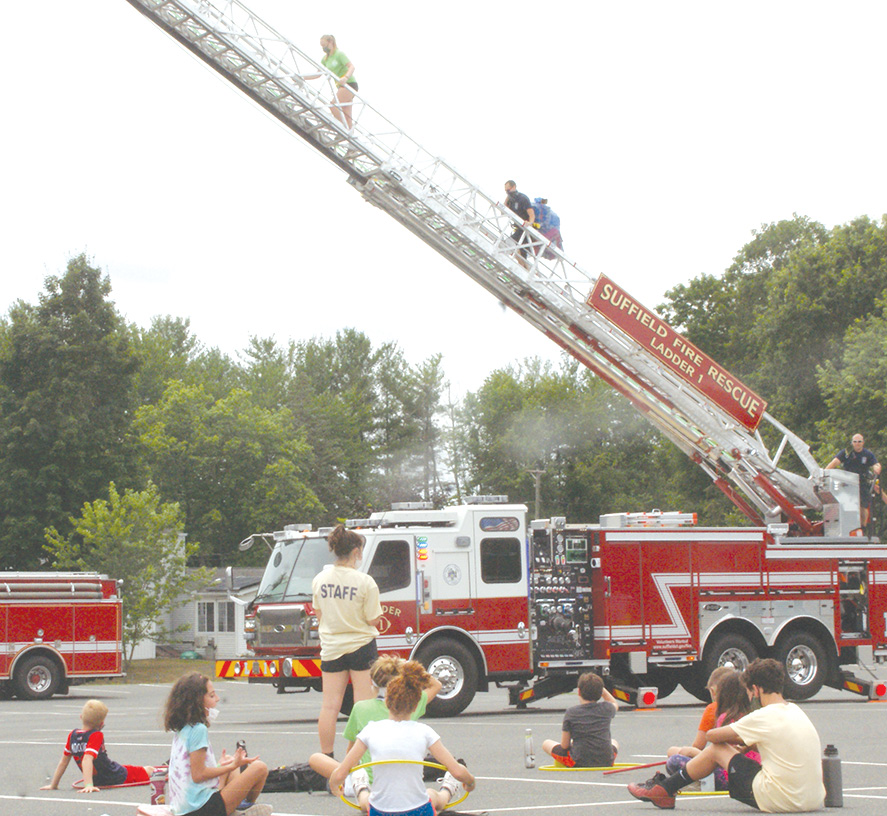 Summer camp kids watch as Counselor Nora Shank climbs the ladder to drop the well-packed eggs that Firefighter Colby Tyler is carrying up behind her in a big back-pack. Another Parks & Rec summer camp group is sitting off-picture at the right. Each camper had carefully packaged their egg so it wouldn’t break. In one group’s eggs, five out of seven survived the fall.

The Observer’s peripatetic photographer happened upon one of the Parks & Rec Department’s summer camps in late July and stayed to watch. This year the summer camps were significantly affected by the required COVID-19 behavior standards. After careful planning, the camps were broken into groups of no more than ten kids, each properly masked, with activities that could accommodate satisfactory social distancing. In some of the younger groups, the campers were often seated in hula-hoops set out by the counselors for the required distance.

The event our photographer attended was the old egg drop game, where the campers package each egg carefully so they can be dropped from a considerable height without breaking.

For these summer camps, the Suffield Fire Department happily cooperates, offering their big tower truck for the dramatically high dropping point. The kids seem to enjoy seeing the trucks as much as they do the game.

Next Article
Birthday Drive-by Parade
On July 24, Ruth Zimmerman enjoyed a surprise drive-by parade for her…