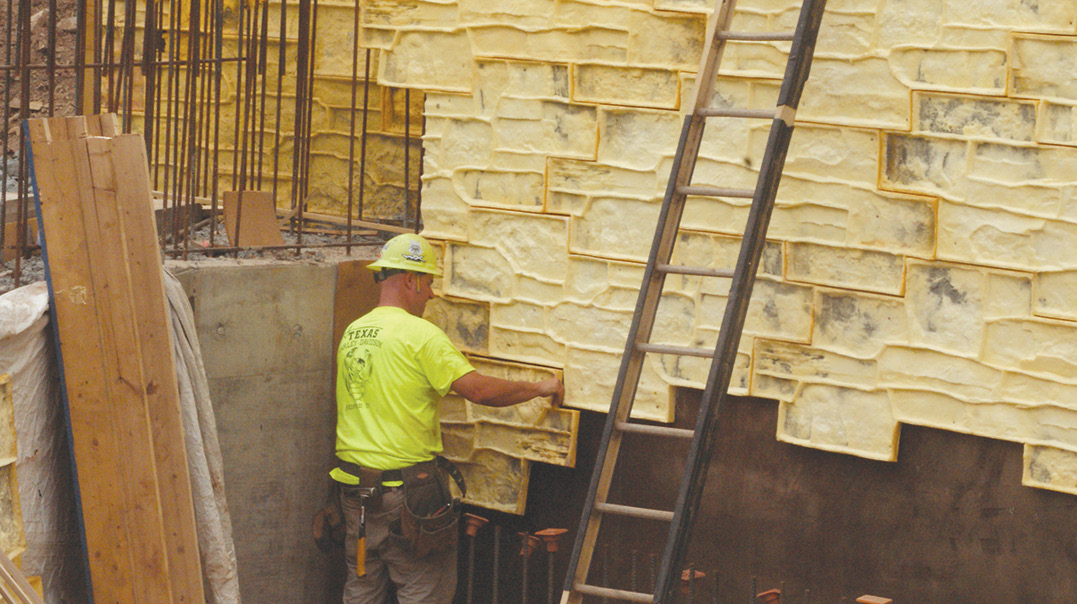 One of the Remington Street bridge construction crew sets another panel of “stone” molds in place on the inner surface of the outer concrete form for a wing wall of the bridge’s west abutment. The space where he is standing will soon be full of rebar and concrete.

Lower levels of concrete in both abutments have been poured, and forms and rebar for the upper levels were being prepared at press time. The long concrete beams have been constructed in Vermont and were to be delivered to the Stony Brooke Park storage site on South Street near the end of August. In general, the project is reported to be on schedule for opening this fall, as planned.

As this bridge will be several feet higher than before, there will be large surfaces of the abutments visible to the public. These surfaces are to appear as random ashlar stone walls. This reporter found it interesting to watch the crew setting the mold patterns on the inner surface of the outer concrete forms. When the concrete has set and the molds are removed, the raw concrete “stone wall” will be given a surface coating and individual “stones” will be dyed various shades of natural color.